On Friday, March 1st Beloved Community Tiny Home Village and Urban Land Conservancy (ULC) held a celebratory breakfast commemorating our successful partnership over the past 20 months. On the sunny Friday morning, residents of Beloved Community and ULC staff shared coffee and breakfast burritos at the Village’s current site in the rapidly developing Five Points/Cole neighborhood. Since its inception in 2017, Beloved Community has provided life changing opportunities to some of Denver’s most vulnerable residents.

Tiny homes provide a simple yet innovative temporary solution to address Denver’s growing homeless population as affordable housing options are scarce throughout the Denver Region. The first of its kind in Colorado, Beloved Community opened in July of 2017, on ULC’s property at the corner of 38th and Blake. ULC and the Colorado Village Collaborative worked with the city to create the first of its kind permitting to accommodate the village, and original permit was approved for 180 days. Following the end of the six-month period, the Village was to move to a new location, ideally with a longer occupancy permit. 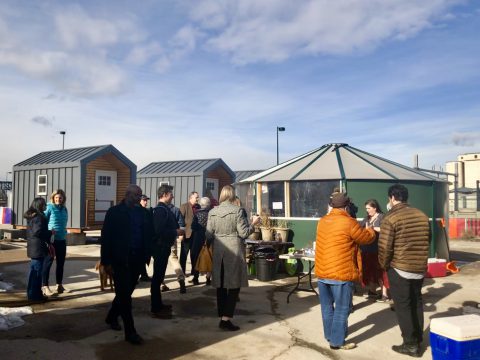 As the search for a new location extended well past 6 months, the permit was extended and the Village eventually relocated to the adjacent lot, also owned by ULC. In 2018, a proposed site at Zeppelin’s Taxi development was identified but then rejected after Denver’s Department of Public Works deemed the site to be in a floodplain. This announcement hit the leadership of Beloved Community hard, as they had already agreed to vacate their location so that ULC could break ground on Walnut Street Lofts, a development of 66 units of permanently affordable rental housing. Given the new circumstances, ULC was able to extend Beloved Community’s move deadline through March 14th with City approval. The City of Denver then took on a leadership role in the identification of a new location for the Village.

In January of 2019, the City and County of Denver offered a site in Globeville as a potential future home for Beloved Community. The proposed site is located at 44th and Pearl, less than one half mile from the Village’s current location. The 0.8-acre lot, situated on the banks of the South Platte River, is owned by Denver Public Works and it seemed to be an ideal new property for Beloved Community.

However, the transition of the Village has been met with significant opposition from Globeville residents. The resounding response from several local residents, voiced in hours of community meetings, is that they did not want these tiny homes in their neighborhood. Mistrust of both homeless persons and encroaching gentrification has set off a vocal opposition to Beloved Community. Some residents feel that this move is another saga of urban blight being pushed onto their community, which they feel is already physically isolated from the rest of the city. The conflict has become so contentious that the story was featured on the front page of the Denver Post’s Sunday paper. Following community meetings, a full council vote, initially scheduled for February 19 was postponed indefinitely. 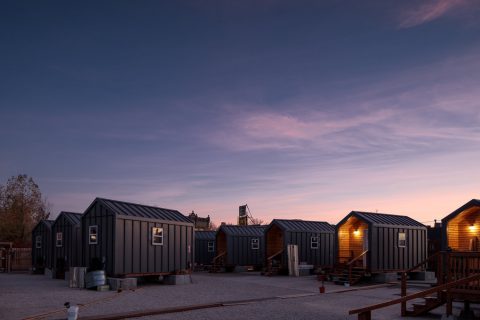 Beloved Community is the first tiny home village in Colorado dedicated to those experiencing homelessness. The village was spearheaded by the Colorado Village Collaborative.

Thankfully, the residents of the community are not in immediate danger of being removed from their homes. As the March 14th deadline approached, ULC agreed to an extension for the Village to remain on the property, but this extension needed the approval of the City. Colorado Village Collaborative, the nonprofit that sponsors the village, requested the extension to Denver’s Building Code Board of Appeals. The Board unanimously approved up to a 180-day extension, providing Beloved Community with some breathing room as they search for a new place to call home.

In the meantime, organizers are going door-to-door, working to change public opinion in Globeville, while City organizers are considering different locations for the Village. ULC continues to offer ongoing support for Beloved Community, Colorado Village Collaborative and the City and County of Denver efforts to identify a new location for the Village.

You can learn more about the Beloved Community Village here.