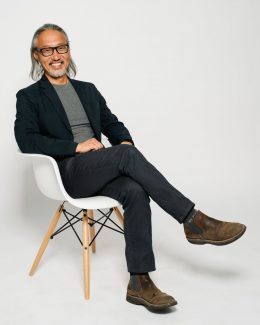 When Yong Cho founded architectural firm Studio Completiva (SC) in 1995, no one was really using terms like “social equity” or “mission-based firm.” But indeed that was his vision for the company: to use design to create stronger more equitable communities—places that make people happy and places and buildings that bring joy and a greater sense of community. “Over the years, looking back I have been able to get clarity that the umbrella work is equity,” says Cho. “I was born in Seoul, South Korea and immigrated in 1973 at age nine to Yonkers, New York, because my parents didn’t want to go through another war in Korea. Growing up on the East Coast gave me cultural background and experiences that informed my passion for design and art. This culminated in Studio Completiva.”

Cho says he was young when he founded SC and wanted “adventure.” His style was shaped by the work of several well-known architects, including Louis Kahn, a modernist who practiced in Philadelphia. “Kahn brought to architecture a sense of spirituality and the importance of humanity.” Cho says. Jan Gehl, a Danish planner and architect in Copenhagen is another role model of Cho’s due to his advocacy and activism for walkable cities and prioritization of public environments and communities. Cho was awarded a Robert Fuller Scholarship for Graduate Studies (Colorado AIA) and had the opportunity to spend two weeks in Copenhagen. “I noticed a foundational trust among the people in Copenhagen,” he states. “It’s partly because of the political system, but also because they are able to incorporate people- oriented, equitable design.”

SC has been a long-time partner of ULC’s. Cho says the organizations have been able to engage in discussions and move the needle forward together as partners due to three main things that align: 1) being mission based, 2) working to solve current problems, and 3) having a commitment to equity, affordable housing, sustainability, and community health. “I’m grateful for ULC, because not every partner is willing to prioritize and put money into those things.”

Collaborations between ULC and SC include the TOD development planning for Mile High Vista in 2010, where multiple owners came together with goal of leveraging the West Colfax site for good. The outcome was the Corky Gonzales Library and Avondale Apartments. SC and ULC are currently working on 102 units of affordable housing and have applied for Affordable Housing Tax Credits to provide apartments to individuals and families making as low as 30% AMI.

Cho also says SC worked with ULC, Elevation Community Land Trust (ECLT), and Shanahan Development to create La Tela Condos, workforce for-sale housing in Denver’s Santa Fe Art District. “This is unheard of,” he says. “No one is creating workforce for-sale houses—for teachers and service professionals to be able to own something is incredible.” La Tela has won numerous awards for being a model for sustainability and electrification. 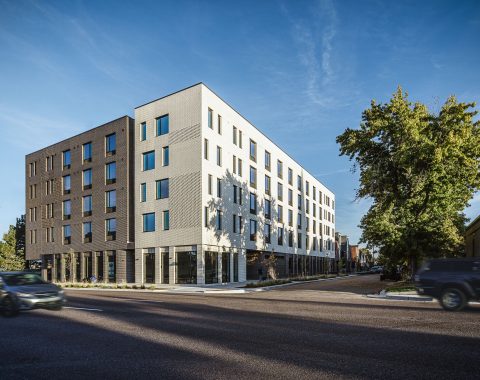 SC has grown from two staff members, in 1995, to 22 employees today. “We’ve somehow survived several recessions and a pandemic,” Cho says. “As a business owner it’s been a growth process to integrate my passion and beliefs. I’ve been able to prioritize and exhibit my values and I’m most proud of that and our staff; they believe in the mission and allow a certain culture to happen that includes a commitment to community.”

With regard to new collaborations, SC is taking La Tela and using it as a model for building “The Burrell.” Named for Denver’s own classical and jazz legend, Charles Burrell, this workforce housing comes in the form of condos facing the promenade—in the center of RiNo. The team once again includes ECLT and Shanahan Development. “These two towers are coming up surrounded by market rate buildings. It’s quite a statement. I love it!” Cho shares. 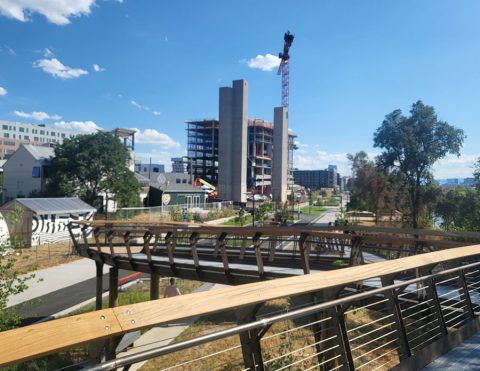