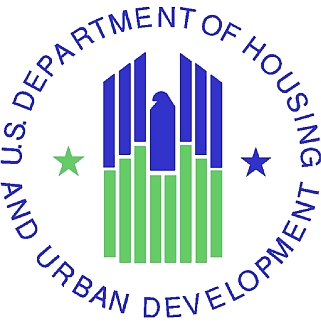 You may not have caught it, but recently presidential candidates and elected officials have suggested the way to balance the budget is to close down entire federal agencies, including the Department of Housing and Urban Development (HUD).  As no surprise, this statement caused quite a stir. One of the first to respond was Edward Glaeser, Harvard Economic professor, and national expert on the housing market. Mr. Glaeser makes some interesting suggestions on what do with HUD’s “best programs” if the Department closed.  Here in the “trenches” we strongly differ with Mr. Glaeser as closing HUD, moving the voucher program and FHA mortgage insurance to the Treasury Department, and phasing out Low-Income Housing Tax Credits (LIHTC), will only bring about greater economic stress to the communities we work in.

The Denver Housing Authority (DHA) and Urban Land Conservancy (ULC) are two distinct organizations with a common mission of revitalizing urban communities for our most vulnerable populations.  At DHA we provide over 26,000 people a year with affordable housing choices.  At ULC our real estate investments in schools, non-profit facilities and affordable housing, touches over 10,000 people a year. We see HUD as a critical investment partner in our economic redevelopment of neighborhoods.  On average, every $1 million dollars of public capital investment from HUD into a DHA mixed-income urban revitalization effort will leverage $4 million in private investment.   At the Urban Land Conservancy, every HUD dollar invested in our real estate developments leverages another $9 in private investment. Our work in Colorado illustrates several reasons why HUD and the Low-Income Housing Tax Credit (administered by Treasury) are critically important programs.

We reject the notion that HUD can or should be eliminated.  There is a growing consensus that major reforms are needed at HUD.  Support for reforms comes from within HUD as well as from the many organizations that partner with HUD.  To date, HUD has proposed major overhauls to the core programs mentioned by Professor Glaeser, including public housing and housing choice vouchers.  However, the most ambitious and impactful reforms require statutory changes which only Congress can enact. The extreme partisanship in Washington has thwarted or stalled those efforts for years.

One example of major reforms that are stuck in political limbo is the Section 8 Housing Choice Voucher program.   DHA, along with housing authorities around the country, have advocated for major reforms for more than half a decade.  Originally dubbed the Section Eight Voucher Reform Act (SEVRA), this legislation carried significant statutory reforms that would free housing authorities from unnecessary, costly regulatory requirement (i.e. bureaucratic red tape).  More than five years since its introduction, this reform package continues to languish in congressional committees, despite support from the current HUD administration and from both Democrats and Republicans.   And yet, DHA and other housing authorities are asked to absorb a 20% reduction in their administrative fees for two consecutive years without the tools and flexibility to adjust their programs to absorb those cuts without impacting the quality of their customer service.

Similarly, political inaction has created a situation that could undermine the largest producer of affordable/workforce housing; the Low-Income Housing Tax Credit (LIHTC).  LIHTC’s are used by public, nonprofit, and for-profit real estate developers to create affordable housing and stimulate economic development.  LIHTC’s leverage private equity investments from banks, insurance companies, and other private sector companies.  Major urban infill projects like DHA’s Benedict Park Place, an award winning mixed-income community in the Uptown neighborhood, and ULC’s Mile High Vista, a planned mixed-use Transit Oriented Development (TOD) in Denver’s West Colfax neighborhood, would not be possible without LIHTC’s and HUD investment.  However, without congressional action, the valuation of LIHTC’s will drop from a 9% fixed rate to a 7.44% floating rate, creating pricing uncertainty for investors and derailing the construction of thousands of affordable homes desperately needed by working families trying to survive economic hardships.  In addition, the thousands of jobs that come from the development of these LIHTC homes will also be lost.   Once again, despite apparent bipartisan support for a federal program that leverages private markets to solve economic issues, it appears that inaction in Washington will undermine an otherwise successful economic development initiative supported by nonprofit and for-profit developers.

The benefit of affordable housing goes beyond providing housing for our work force, seniors and people with disabilities. A 2012 Colorado study conducted by the National Association of Home Builders demonstrates the positive economic impact of subsidized housing, including immediate and recurring economic impact for the surrounding community as well as short- and long-term job creation.

Glaeser’s article does raise legitimate possibilities for change at HUD and for housing services in general. We believe that reform and relief efforts will require more than good ideas, it will also require bipartisan political will.  If policy decisions are made, it is our hope these decision makers will consider what they hear coming from the trenches.