Through ULC’s involvement with the transit oriented development fund, we have invested in nine developments throughout the Denver metro area. Each development offers nearby access to public transit options, increasing the affordability for local tenants.

This property was the first to utilize financing through the TOD Fund. In December of 2009, ULC acquired the property in Northeast Park Hill, which was foreclosed upon in 2008 qualifying it for the Neighborhood Stabilization Program. The property consists of six buildings with a total of 36, 2-bedroom family apartment homes and serves over 100 residents. To date, $320,000 has been expended on improvements to Dahlia, which has created more than 25 project related jobs for contractors.

Land Purchased at I-25 and Yale Light Rail Station 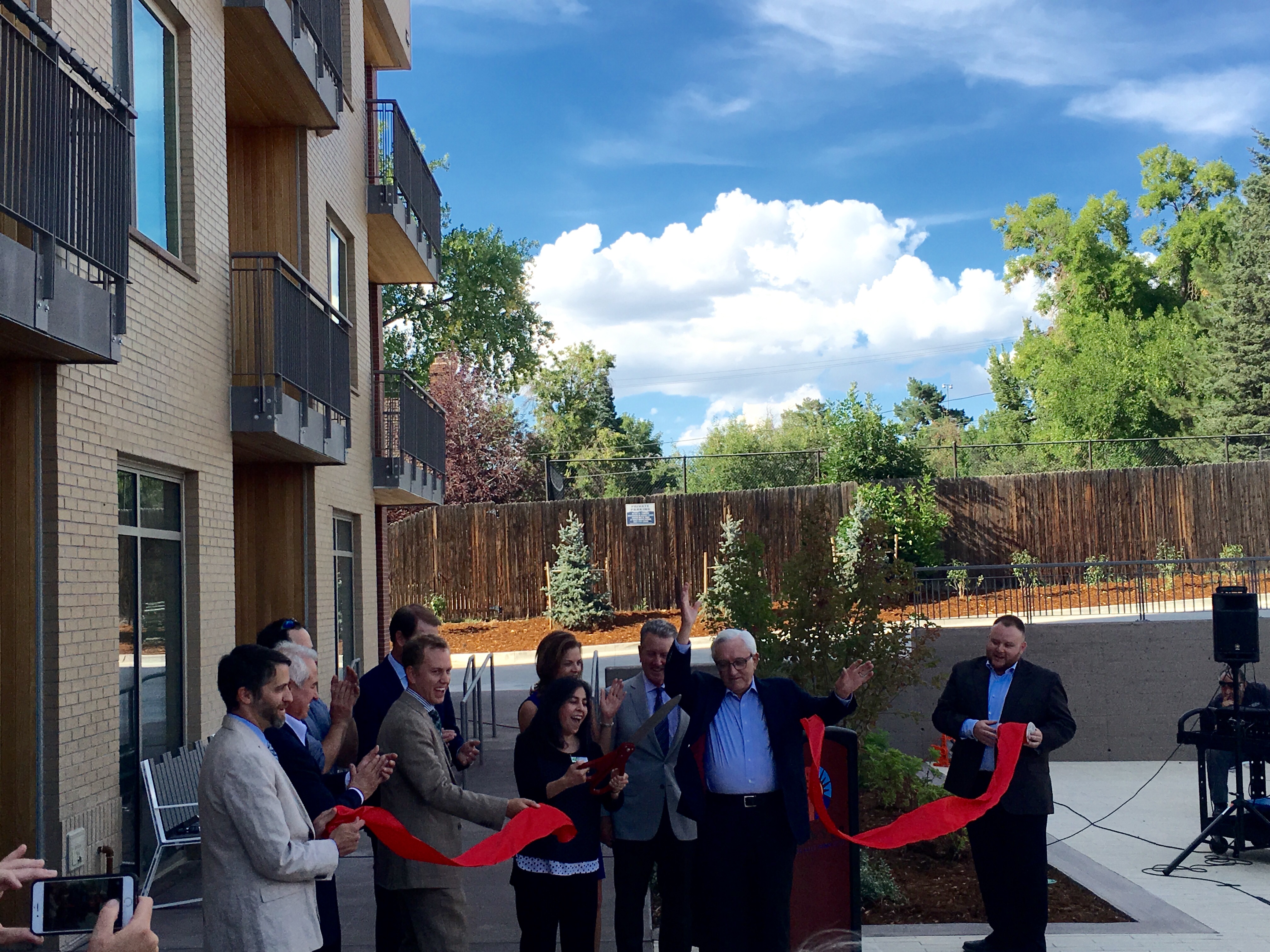 The TOD Fund was used to purchase this 1.2 acre piece of land adjacent to the existing light rail station at I-25 and Yale for $1,325,000. The Regional Transportation District (RTD) voted unanimously to execute an agreement between RTD and Yale TOD Partners to create a Transit-Oriented Master Plan for the Yale Station area. The Garden Court Apartments, consisting of 66 units of affordable housing, were constructed in April 2016 as the first phase of development by Koelbel and Company and Mile High Development. ULC plans to develop 100 workforce homes on the site and up to 30,000 square feet of commercial space creating 35 permanent jobs once the construction is complete. Total redevelopment investment – $20,000,000. 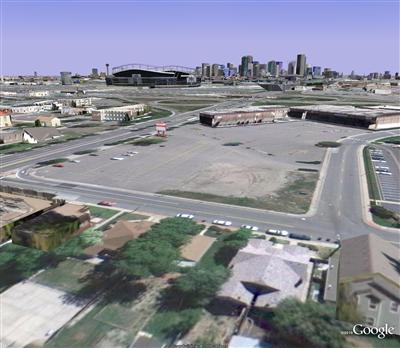 The Urban Land Conservancy used the TOD fund to purchase this two-acre parcel of land for $2,140,000. The site is located along west Denver’s FasTracks light rail corridor and a high frequency bus route. ULC was the master developer of the site that includes the Corky Gonzales Library and the Avondale Apartments with Del Norte Neighborhood Development. 125 temporary jobs were created through the construction of the 30,000 square foot library and 120,000 square feet of mixed-use including 80 units of affordable housing. Total redevelopment investment – $25,000,000. 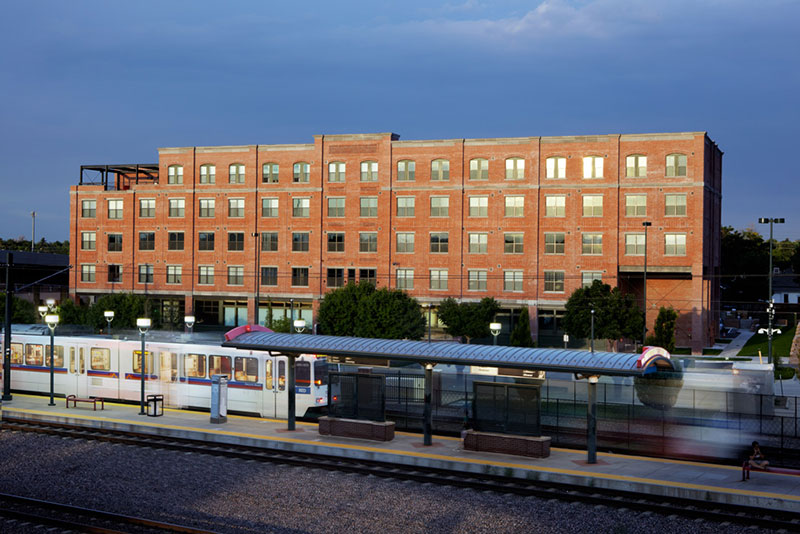 This .96 acres was purchased for $1,197,900 and is located directly across the street from the Evans Light Rail Station. ULC partnered with Medici Communities LLC in the development of 50 residential workforce housing units. This 5 story development is the first family low income housing tax credit project at an existing light rail station along RTD’s FasTracks, and serves households with incomes ranging from 30% to 60% of the Area Median Income (AMI). 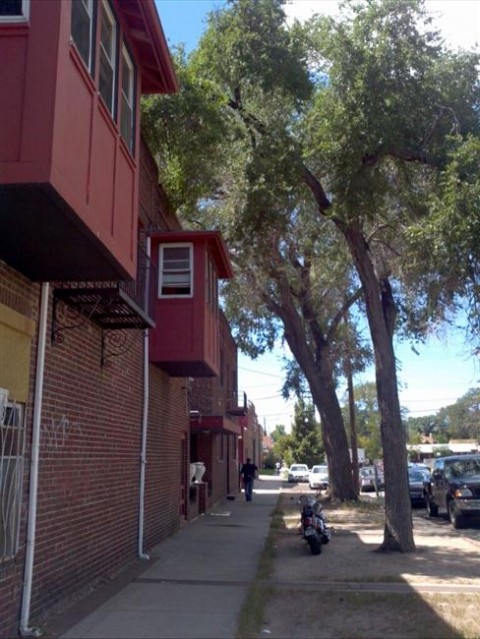 This 0.31 acre mixed use property purchased for $1,350,000 is located in the Santa Fe arts district and includes 16 units of workforce housing and 7,400 square feet of commercial space. ULC partnered with NEWSED in the short term to manage the necessary rehabilitation work, and Denver Inner City Parish who will provide housing services programs for the long term take out. Villa TOD is on the Santa Fe bus corridor and 5 blocks for the 10th and Osage light rail station. 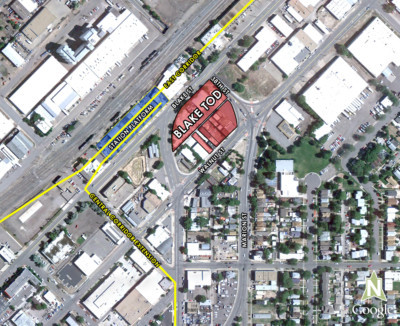 Blake TOD is a 1.4 acre property at 38th Street and Walnut Street. This is the site of the first stop on RTD’s future University of Colorado A line connecting Downtown Union Station to Denver International Airport. This property, which has been vacant for multiple years, will be stabilized and eventually developed as a mixed-use site with an emphasis on affordable housing. Development at this site will be catalytic to the area, with much needed access to transit at the Blake Street Station scheduled to be operational in early 2016. This property, purchased for $1.7 million in November of 2011, is the 6th acquisition using the Transit-Oriented Development Fund.

11th Avenue TOD was purchased for $350,000 using Denver’s Transit-Oriented Development Fund in July 2012. The .83 acre property is located less than 1/4 mile from the future Sheridan Station on the West Line corridor of FasTracks and will be developed into 58 affordable senior homes. ULC will partner with Rocky Mountain Communities who will manage the design and construction of this 5 story development. These homes will serve seniors between 30% and 60% of the Area Median Income (family of 2 with an income of between $19,050 – $38,100).  This projected $10 million development will compliment the redevelopment of the Sheridan Station area which will include an 800 car parking garage, 200 housing units and commercial and retail space.

Park Hill Village West was purchased in March 2013 for $6 million, $3.7 million of the acquisition came from the TOD Fund. This 9.4 acre site is located at the 40th and Colorado station of the University of Colorado A Line which opened in 2016. 156 affordable homes were constructed during phase one of development, with Park Hill Station Apartments celebrating their grand opening in April. Future phases of development will be determined based on community needs.