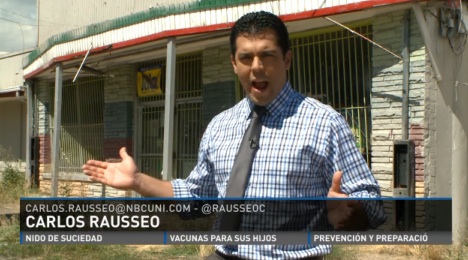 On Tuesday, Urban Land Conservancy’s recently acquired Thriftway property made its television debut on Telemundo Denver during both the 5:30 and 10pm newshours. The story is entirely in Spanish which is great for the mostly Spanish-speaking community in the Westwood neighborhood, however if you are more of an English speaker, The Denver Post article might better suit you. Both pieces about the abandoned building address the major issues around the building including violence and crime and also explain ULC’s goals for the property once the building is demolished on September 3rd. Click the image below for the Denver Post article or the video image above to watch the Telemundo story.