Last Tuesday, the Colorado Coalition for the Homeless had their grand opening for the recently completed Renaissance at North Colorado Station. The apartment complex, which is located on the corner of 40th Avenue and Colorado Boulevard, is the 17th affordable housing project completed by the Coalition.

The architectural design by Studio Completiva and general contracting services from Alliance Construction Services made the Renaissance a reality. The building consists of 103 individual units and will include a mix of studio, one-, two- and three-bedroom apartments. In a matter of days, many homeless and low-income individuals will find a new place to call home. 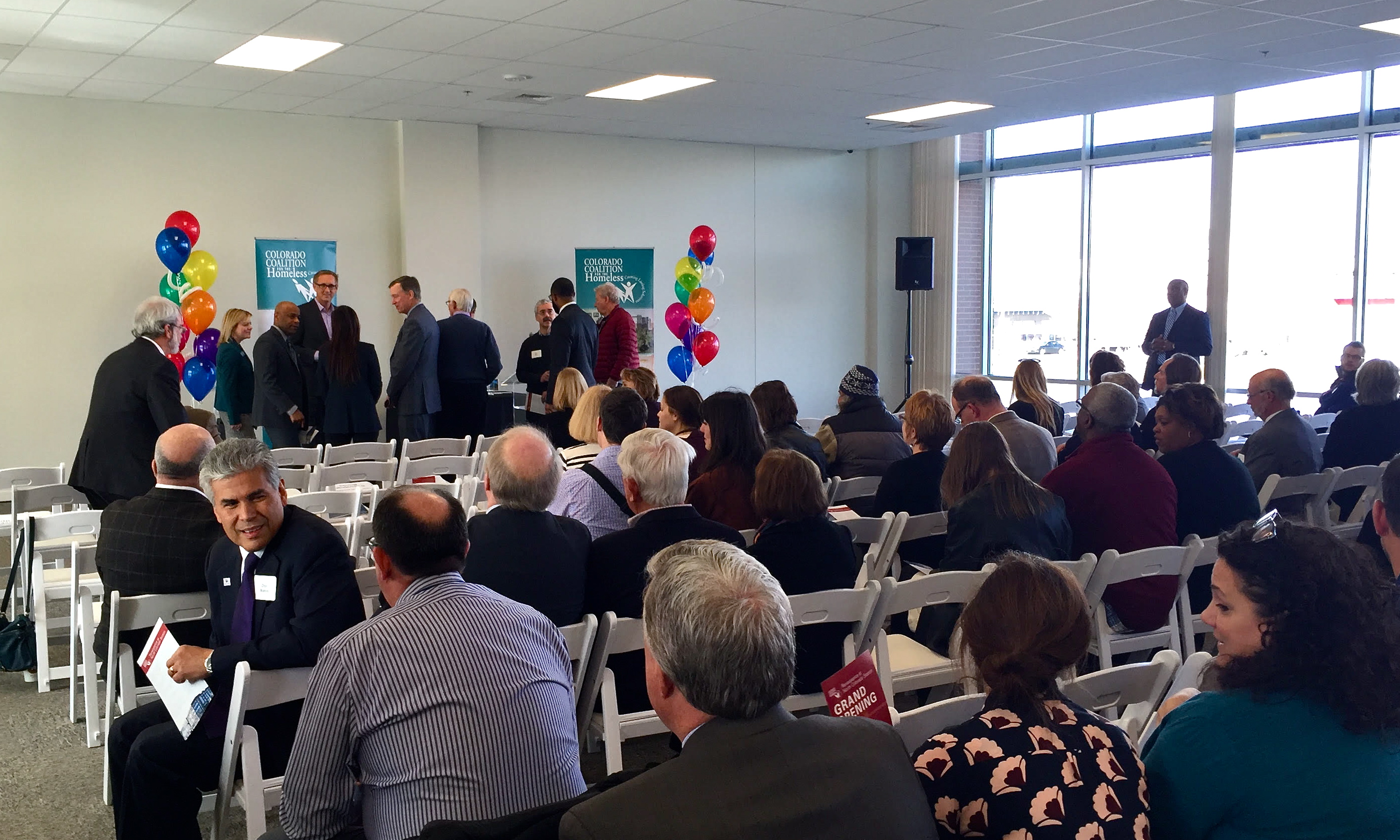 Councilman Albus Brooks from Denver’s District 9 attended the grand opening this past week, along with Governor John Hickenlooper and Denver Mayor Michael Hancock. Councilman Brooks described the ceremony as a, “beautiful representation of our community coming together to help our most vulnerable.”

It is affordable housing projects like the Renaissance, which will also provide on-site supportive services such as financial literacy and employment assistance, which aim to mitigate Denver’s rising homeless population. Yet despite the Coalition’s completion of nearly 2,000 apartment units built to this date, homelessness persists. According to John Parvensky, the President of Colorado Coalition for the Homeless and past Board member of ULC, there will be 1,000 homeless individuals on the streets tonight. 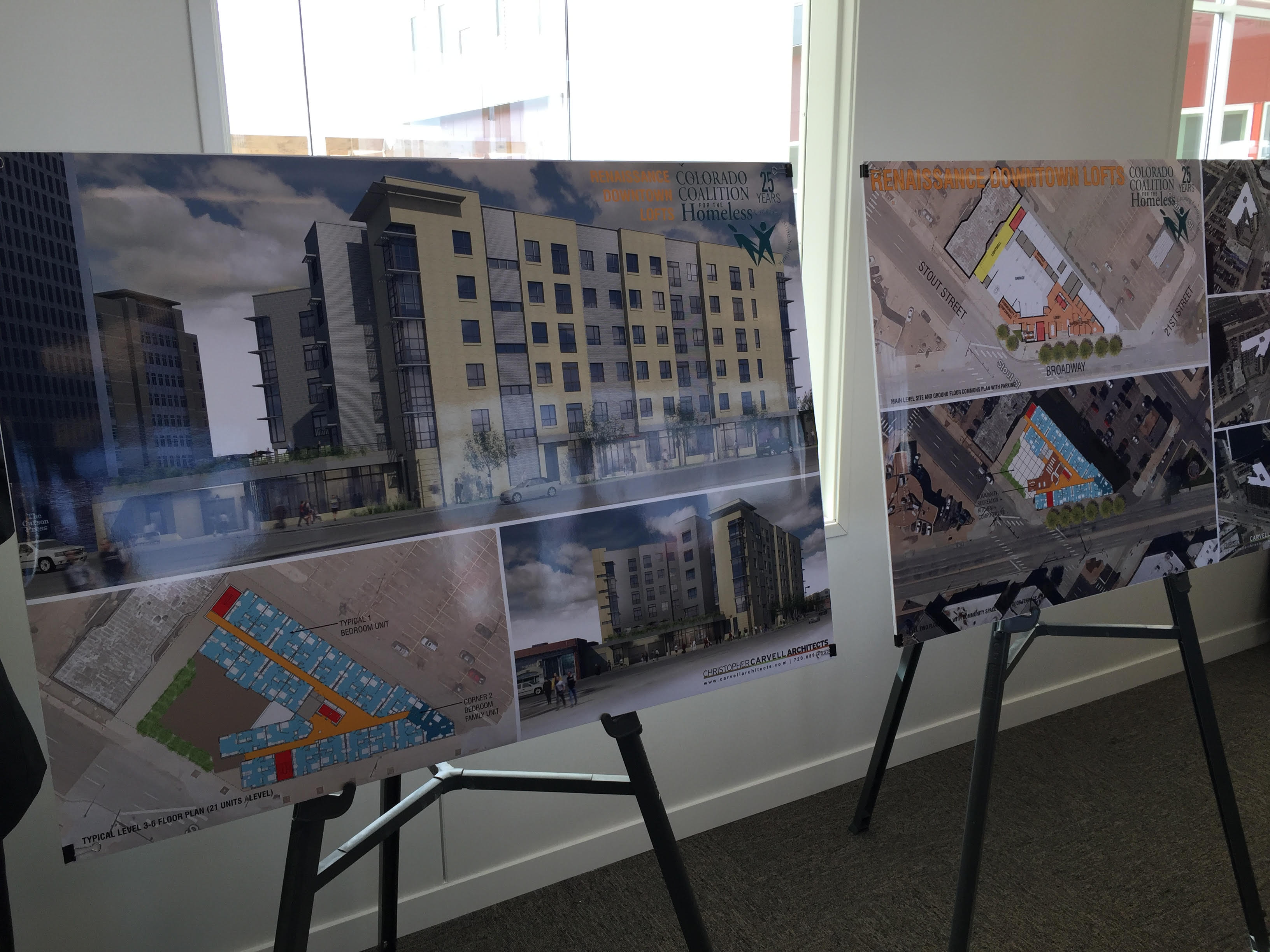 The plans for the Renaissance at North Colorado Station, which will consist of 103 apartment homes. Many will be allocated for homeless families and individuals.

The Coalition has allocated many of the apartments within the four-story complex for various families and individuals. Of the 103 units, 29 will be designated for homeless families with children, while another 26 will be offered to homeless veterans. The Coalition also reserved 19 units for The Fort Lyons Supportive Residential Community and its peer-supported community, which addresses homelessness and addiction.

Renaissance, which is a transit-oriented development, is located less than a quarter mile from the RTD FasTracks A Line Station and along multiple bus routes. This will help low income residents reasonably access jobs, educational opportunities and additional services.

After nearly 14 months of construction, the Renaissance is expected to be completely filled by the end of February.