It was a big day for the Westwood community, as they celebrated the grand opening of a new pocket park and futsal court along Morrison Road. The park was previously home to a dangerous and vacant building that was demolished by ULC in 2014, with funding support from the Denver Office of Economic Development (OED). After three years of community engagement and development, ULC was proud to join with local community members and critical partners to officially welcome the park into the Westwood community.

Mayor Michael B. Hancock, City Councilman Paul D. López, María Sepúlveda of Wells Fargo and Norma Brambila of Westwood Unidos each spoke during the ceremony due to their key roles during the acquisition and development process. Mayor Hancock, who has been vocal about the revitalization of Westwood, recognized the community’s direct role in the change occurring throughout the neighborhood.

“This is the result of grassroots action,” Mayor Hancock said during Thursday’s grand opening ceremony.

The event was a huge success with the local community, with neighborhood children breaking into games of futsal once the speeches concluded. On behalf of ULC, thank you to everyone who made this pocket park a reality. We think that it is the perfect use of space during the interim period. Long term plans for the site are to create a beneficial development that directly addresses needs of the community, and through a future community process ULC will create a catalytic neighborhood asset for Westwood residents.

Thank you again to all of our partners, including Healthy Places (a subsidiary of the Colorado Health Foundation), Brightview, American Scores Denver, St. Charles Town Company and the Trust for Public Land. 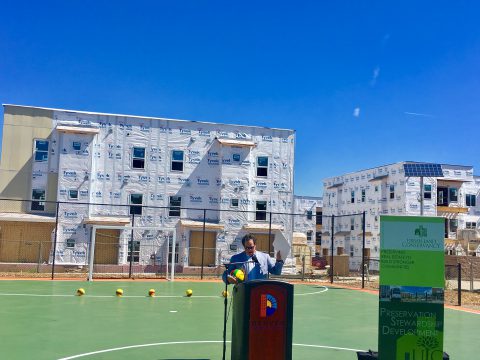 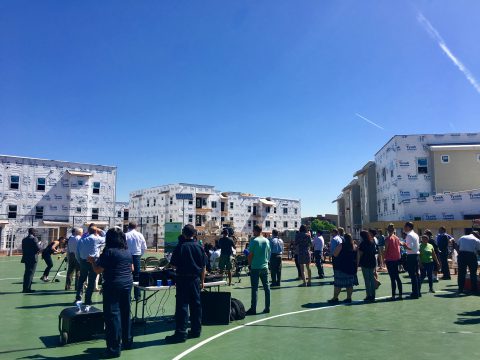 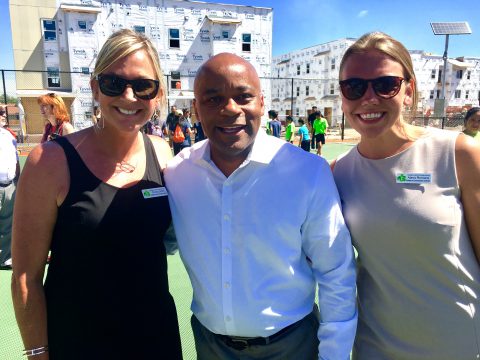 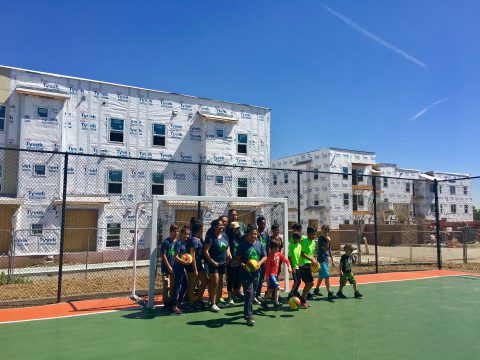