Urban Land Conservancy is excited to announce that we have purchased a building on the former Loretto Heights campus as part of a collaboration with southwest Denver nonprofit Commún!

Commún serves several neighborhoods including College View, Mar Lee, Ruby Hill, Harvey Park, Harvey Park South, the northern part of the City of Sheridan, and Bear Valley. Since 2017, Commún has been working to purchase Machebeuf Hall, a 40,000 square foot student union building at the heart of the Loretto Heights Campus, to provide a center for its community serving programs. 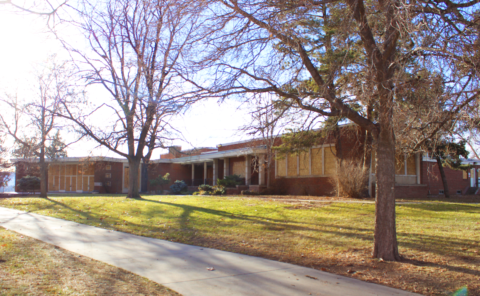 Commún’s efforts took a giant leap forward recently through a collaboration with ULC. ULC has purchased Machebeuf Hall and another building from Westside Investment Partners, master developer for the campus. Commún will lease the hall from ULC with an option to purchase the building. Once Commún is able to make that purchase, the underlying land will become part of ULC’s community land trust and be placed in a renewable 99-year land lease that ensures it will be used for community benefit in perpetuity. 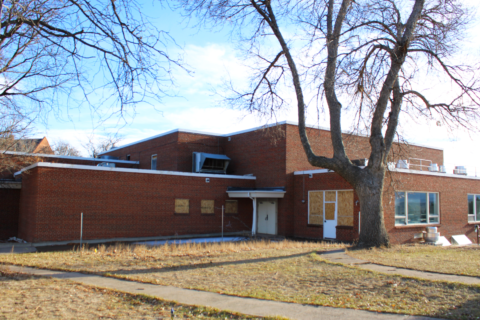 Another angle of the hall

ULC’s Metro Denver Impact Facility (MDIF) was key to the purchase. The funding facility, where ULC is the sole borrower, provides revolving loans for the creation and preservation of affordable housing and community serving spaces. The fund recently increased its capacity from $50 million to $75 million. A $37.5 million FirstBank investment acts as senior debt. Additional investors in MDIF include the State of Colorado, Colorado Housing Finance Authority and the Colorado Health Foundation among others.

“Just as Commún is working with many organizations to bring new life to this historic Loretto building, we are grateful to the many organizations that worked together to spark the synergy between ULC and Commún. We see the spirit of community coming together here at Loretto Heights,” said Sarah Harman, ULC’s vice president of real estate.

Commún will continue engaging the community to learn what additional kinds of spaces and programs will fill the community center, and we’re excited to continue to support them in the process. To get involved, volunteer with Commún, and learn about upcoming events, visit https://commundenver.org/, and follow @commundenver on Instagram and Facebook.